We've long since been a Costco family and I was lucky to be gifted a membership when I found out I was moving to South Korea. Although I live in the "country" of Korea, I was thrilled to see the closest Costco was a mere 20-minute drive from my apartment. I love a good deal, especially if it means I can get more of what I need at a better price-per-unit. In keeping to my budget and because I competitively try to find the best deals, I like to buy in bulk from Costco when it's feasible and available. 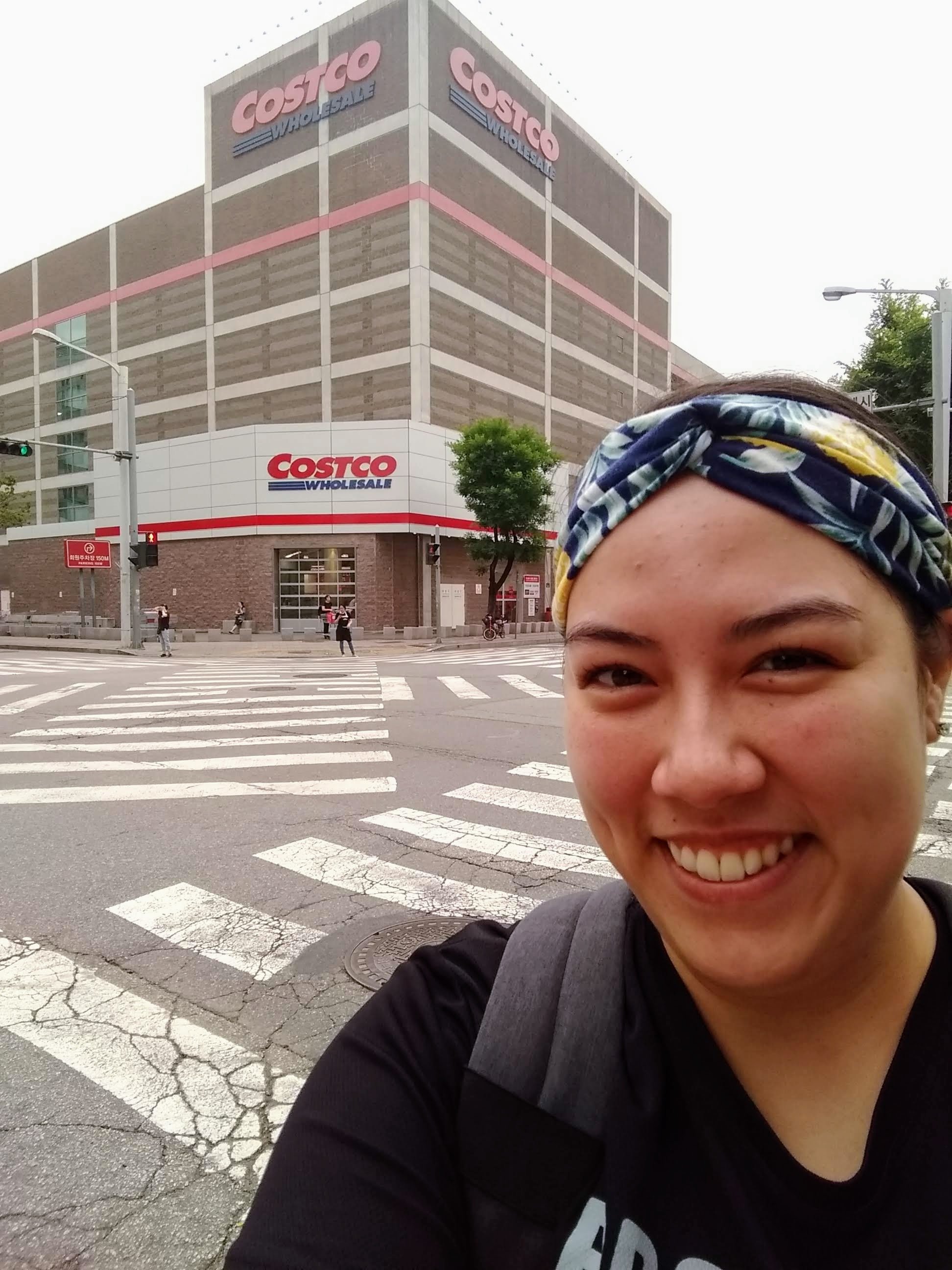 If you've ever been to Costco in the States, you know they're popular for their bulk items sold at wholesale prices with tons of food and product samples along the way. Despite it's allure, you still have to keep an eye out on prices, as sometimes the convenience of purchasing a larger package of something beats out the actual price per unit. I've been to Costco well over a dozen times in South Korea over the last year. While walking the aisles offers a sense of familiarity, it's still indisputably Korean.

Costco pizza is a favorite in our house, along with the chicken bakes. These are offered here, too, along with a slew of regional specialties. Cream of mushroom soup, bulgogi bakes, strawberry smoothies and teriyaki chicken bowls are among the offerings. Don't forget the "Costco kimchi" AKA onions with ketchup and mustard. No, I'm not joking. You will see everyone grab a plate and mix their own alongside their hot dogs, pizza or bakes. Oftentimes the amount of "kimchi" consumed is greater than the item itself. They also have a neat allergy/source guide next to the cash register. Each menu item has not only allergens listed, but where each ingredient is from (domestic or imported). 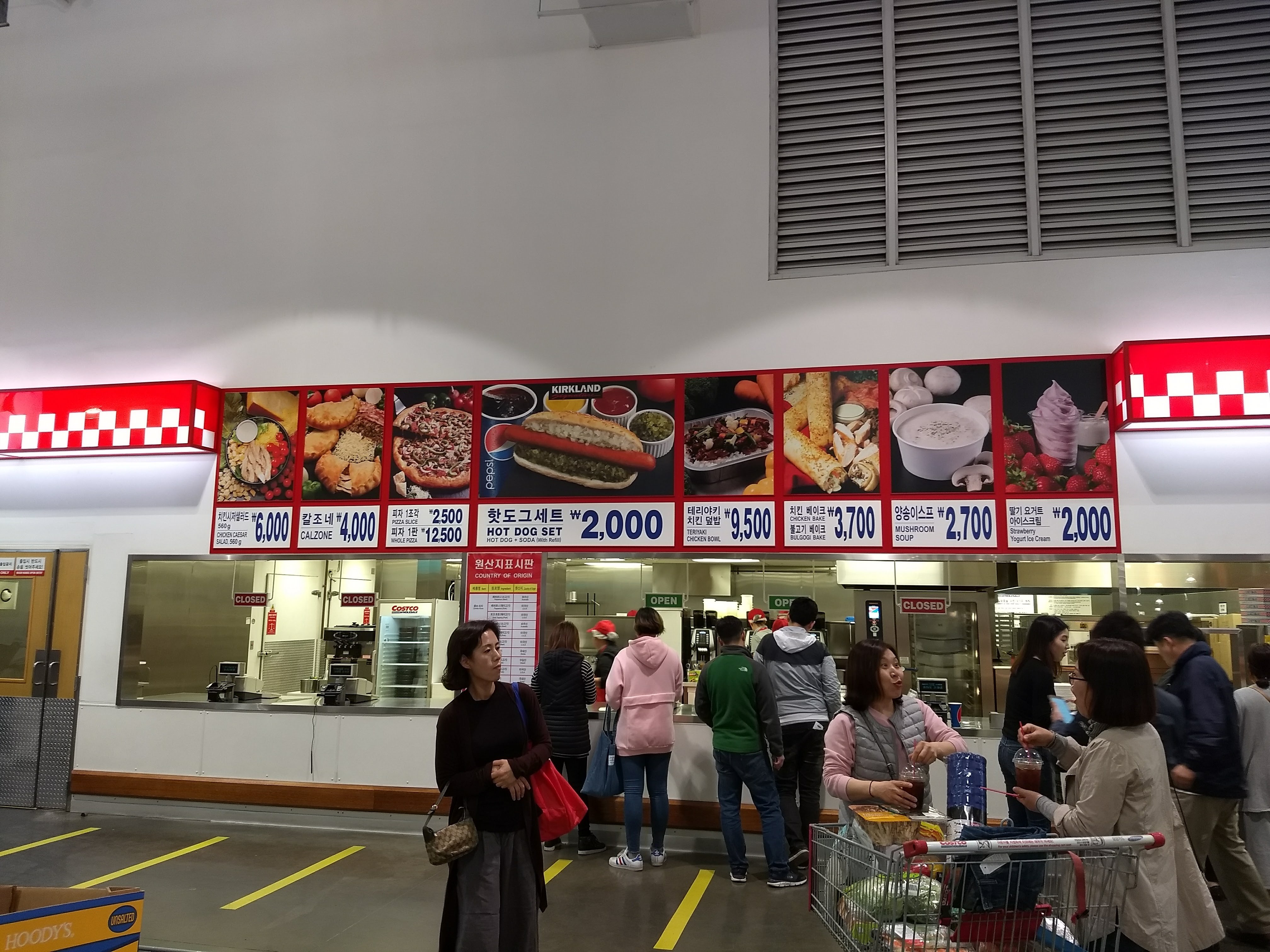 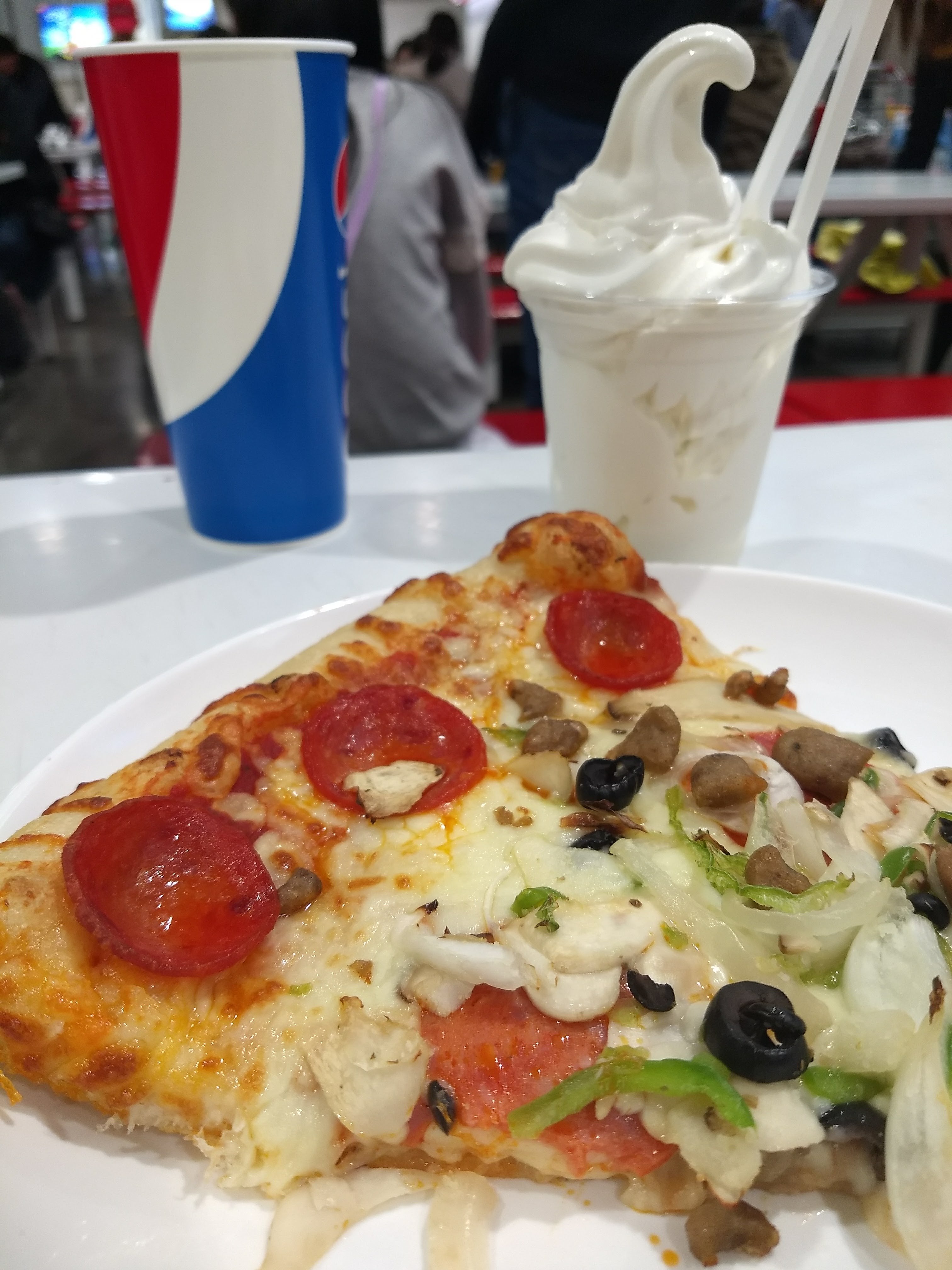 Dairy of any kind is extremely expensive here. However, it's a better price per ounce at Costco, so I stock up on FODMAP friendly cheeses (hello Parmesan, cheddar and gouda!) to keep some in the refrigerator and freeze the rest to take out as I need it.

Specialty meats like prosciutto, salami and ham are a Costco luxury because of their variety and their price. Yes, I can buy something like this at my local store, but the quality and taste pales in comparison to the international offerings I can find at Costco.

Fish, shellfish, beef, lamb, pork and chicken are plentiful in variety from dried to fresh to frozen. However, the price per unit is consistently less than what I find (even on sale) at the markets near me. 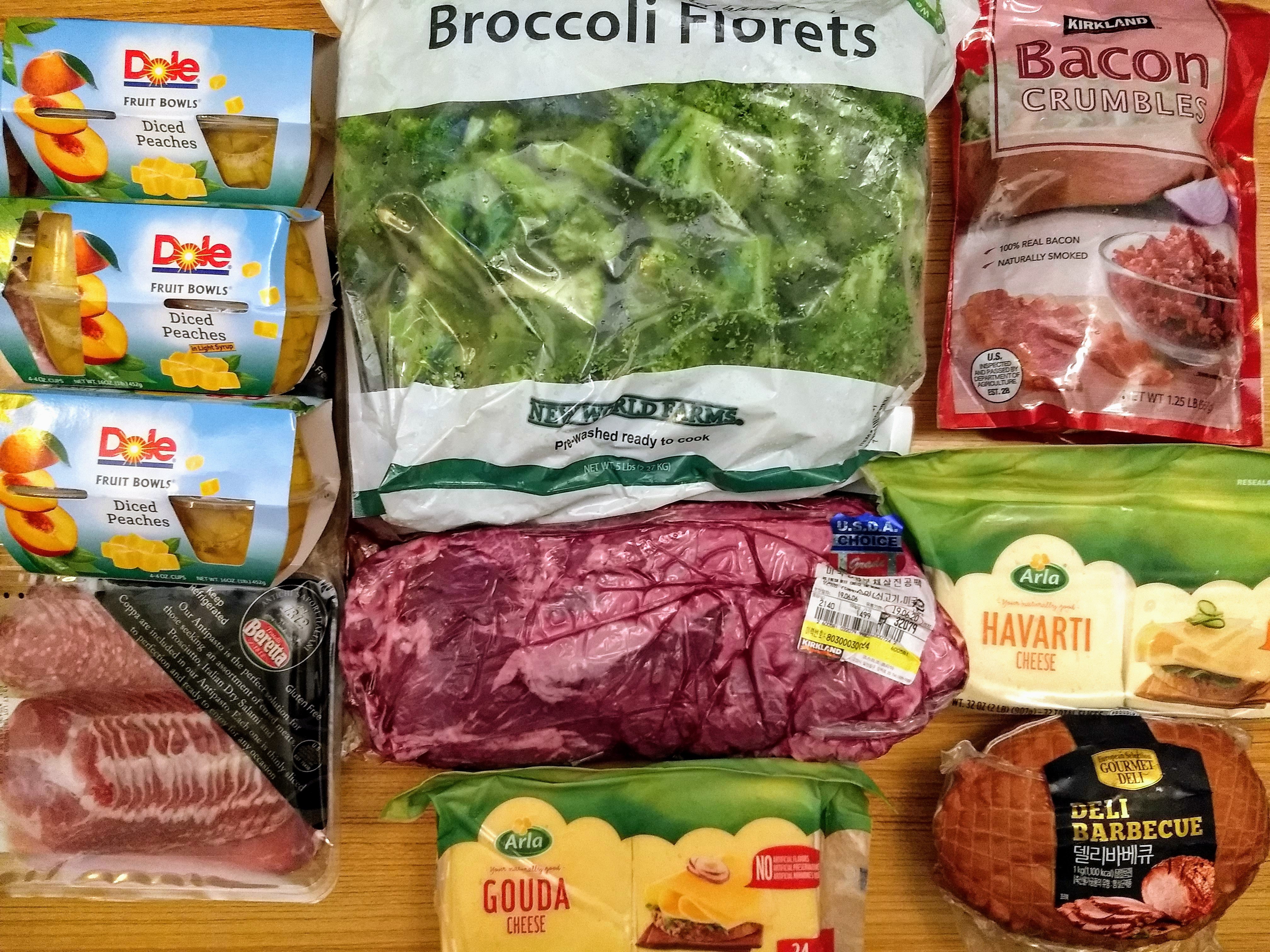 Produce is consistently a miss. As I mentioned, I'm willing to put my budget to work and save money by shopping sales. If I wait until after 8 or 9 at night, I can get deeply discounted produce at my local market that is much cheaper than Costco's regularly priced fruits and vegetables. I usually do this to subsidize the proteins and dairy I buy from Costco. The only exceptions would be dried and canned fruit. I buy these (peaches, plums) at Costco because I like them and they're a great price. (I went to a Costco further away from my apartment in my latest haul, so I bought frozen broccoli to make sure everything stayed cool in my insulated bag on the subway ride home.)

Eggs are almost $1-$2 more than a standard flat of eggs from the grocery store, so I never buy them from Costco.

I know buying in bulk isn't an option for everyone, as the upfront cost can be significant and storage may be an issue, depending on how many things you buy. Nevertheless, if you have the ability to buy and safely store some staples (grains, beans, spices, proteins, etc.) at a nice price and in bulk amounts, this will save you money in the long run since you know these are things you'll be cooking and eating regularly.

Tell me what some of your best Costco deals are in the comments below! Stay updated with my latest recipes, adventures and eats by subscribing to my blog and checking in for my regular posts over on Instagram, Facebook and Twitter.