May was filled with many three and four day weekends, making it possible for more fun and the ability to travel further within South Korea. One of the (many) benefits of working as a public school teacher is getting all the national holidays off, so I try to take advantage of the breaks when possible! 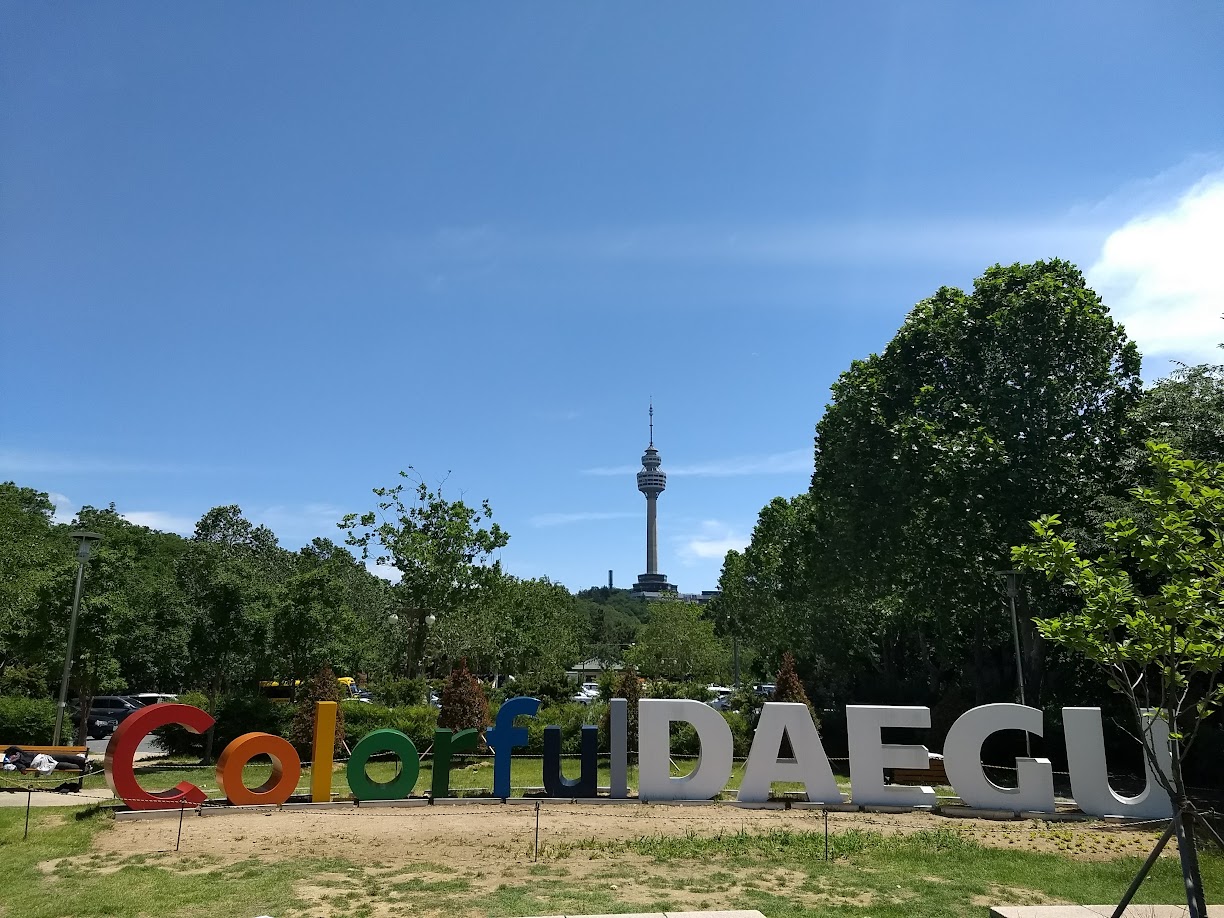 I traveled down to Daegu (located in the south eastern part of South Korea, but not on the coast) in mid-May with a few other English teachers. Daegu is commonly referred to by locals as "Dafrica," as it's a city known for being dry and unbearably hot. Despite the premise of this impending uncomfortable weather, I still wanted to see the Lantern Festival for Buddha's Birthday. This particular lantern festival is known throughout South Korea and many foreigners even travel from outside the country to see it. 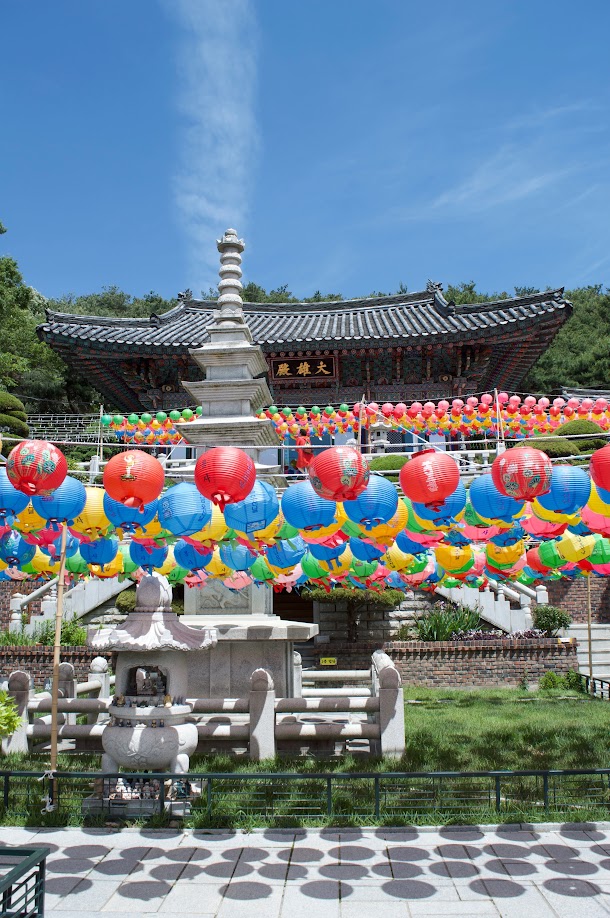 Lanterns at one of the temples

Lucky for us, we found out they released extra free tickets the morning of the event so we waited in line...and waited...and got tickets into Duryu Baseball Stadium to see the festivities leading up to the lanterns being lit up close and personal.

I've seen many photos of lantern festivals and attended some in the past, but nothing of this magnitude. I waited patiently, watching as thousands of families wrote their wishes and prayers on the lanterns before lighting them. The first few lanterns seemed to trickle into the sky, then all of a sudden it was just a barrage of colorful, lit lanterns. It was hard to not be overcome with emotion and amazement watching all the lanterns float off into the night. This was truly one of the most memorable events I've ever been to and I would encourage anyone to go and see it if their travels allow. 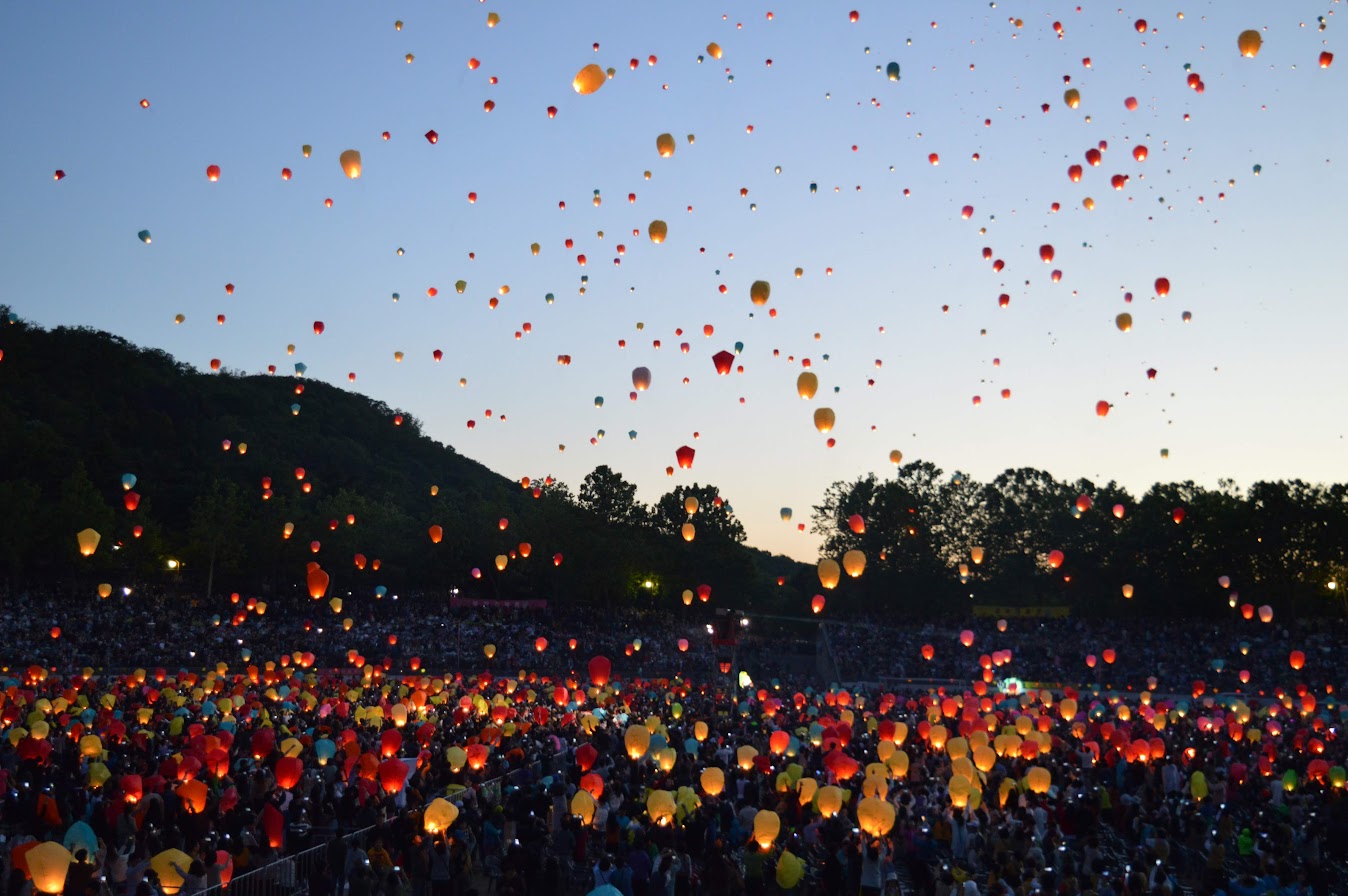 Lanterns being lit and floating into the sky

Of course, we ate many tantalizing local delicacies while in Daegu, too. You didn't think I'd forget to share the details on that, did you?! Stay tuned for my next blog post that features the Vietnamese restaurant/market we visited along with one of the largest night markets in South Korea (and perhaps the world!), Seomun Night Market in Daegu.

Have you been to Daegu? I'd love to hear what places you visited and what food you ate while there! Leave your thoughts below in the comments and don't forget to subscribe to my blog and check in for my regular posts over on Instagram, Facebook and Twitter.